If you want a low-cost housing but with high-quality standard, including its surroundings, while carrying the Ayala brand of residential development, be amazed of the beauty and superiority of the BellaVita Cagayan De Oro with a very affordable price tag. Set against the backdrop of the pristine beaches of Northern Mindanao, this awesome house and lot community for sale in Cagayan De Oro City is a product of the BellaVita Land Corp. on their Eco-Socialized Housing Project in a clustered and integrated neighborhood with gated entrance and exit and surrounded by a perimeter fence that make lives and properties safer than ever.

This well-planned community development sits on 15.2 hectares of prime land located just a few minutes away from Cagayan De Oro City proper. It has also an estimated saleable house and lot units of 1,604, making it one of the least dense communities in Northern Mindanao. As a building arm and subsidiary of Ayala Land, BellaVita Land is thus far one of the country’s finest builders of affordable communities with a vision of providing first-class abodes for ordinary Filipinos who long for an enclave that they can call their own despite their limited income. Armed with various recreational and nature-inspired amenities and community facilities unequaled by any other brand, the BellaVita CDO is an epitome of a vibrant but serene community having house models that reflect brand new lifestyle in a brand new community.

The BellaVita Cagayan De Oro is located in Brgy. Indahag, Cagayan De Oro City, Misamis Oriental in Northern Mindanao. The property is situated less than 4km from the nearest shore of the Macalajar Bay to the north, the Pueblo De Oro Golf and Country Club (less than 5km to the west), less than 2km from CDO proper, and just 4km from the Garden of Malasag Eco-Tourism Village.

The site is also very near the upscale residential communities of Alegria Hills and the Xavier Estates. Cagayan De Oro City is the capital of the province Misamis Oriental and has a population of more than 675,000 people as of 2015 estimate, one of the most populous cities in the Philippines. The city is the business center and the trading hub of Northern Mindanao where its vast land area (488.86 square kilometers) is still covered with raw lands and forest. The city has its own ferry terminal and hosts world-class port facilities (run by the Philippine Ports Authority) situated north of the city.

This ferry terminal receives and carries passengers to the rest of Mindanao and part of the Visayas (such as Dumaguete, Tagbilaran, Bacolod, Iloilo City, and Bohol) and even Metro Manila. However, the city proper is where commercial and leisure centers, schools, medical institutions, churches, corporate and government offices, shops, and other major establishments, are located.

The BellaVita CDO is settled in a city where it is easily accessible via land, air, and water. Aside from convenient ports, the city is serviced by public transport, such as buses, jeepneys, and metered taxis. There are two bus terminals in CDO (the Eastbound Integrated Bus Terminal-known as the Market City and the Westbound Integrated Bus and Jeepney Terminal). The Market City offers daily land trips to the eastern part of Misamis Oriental and the eastern part of Mindanao (such as Carmen, Butuan, Nasipit, Bukidnon, and Davao City, among others. The Westbound Bus Integrated Bus and Jeepney Terminal has regular trips to the western part of the province and the western part of Mindanao (such as El Salvador, Laguindingin, Marawi, Ozamiz, Dapitan, Dipolog, and others). The BellaVita Cagayan De Oro is also lying near the city’s Laguindingin Airport. This domestic airport is considered the 7th hub of Cebu Pacific Airlines offering daily flights to and from Manila, Cebu City, Zamboanga City, Dumaguete, Clark in Pampanga, Iloilo City, Davao City, Bacolod, and Tagbilaran.

You could never be too far to your work or anywhere you want to go when you are settled in the BellaVita Cagayan De Oro. Moreover, you will be going home to your family with a house that is built to your liking and with breathing spaces to make life more private and with a personal touch. With amenities and truly functional facilities that come with the development, there is nothing more than the elegance of BellaVita CDO than life itself!

Choose among these BellaVita Land’s (with an Ayala Land touch) signature Home Design Series that’s the perfect type of home for your family:

BellaVita Land Corp BellaVita Cagayan de Oro in Cagayan de Oro City, Philippines is a premier House & Lot project available for sale. If you're looking to rent or purchase BellaVita Cagayan de Oro, then check here first. We have full details of BellaVita Cagayan de Oro updated regularly as well as everything you need to know about the availing and booking process, broken down into stages that includes selecting a unit, choosing a payment plan and buying your dream home at the right price. For price list, free site tripping or showroom visit, personalized service, model house, unit plans, floor plans, payment terms, CHAT LIVE with an agent 24x7. Always only buy from PRC licensed Real Estate Brokers and Agents.

Once you invest in the BellaVita Cagayan De Oro, whether as your permanent residence or a lifetime investment, you will be able to nourish a long-term and sustainable venture in partnership with Ayala Land via the expertise of BellaVita Land Corp. Aside from having a safe, nature-centered, and a friendly community, you will be owning an affordable home with durable and priceless quality. There is not one but three home design series that you can choose from where each is built with reliable integrity that is designed to withstand the forces of nature (such as floods, typhoons, and earthquakes). Unlike other house and lot communities in Cagayan De Oro City, houses at the BellaVita CDO has a one-year warranty against defective workmanship.

Furthermore, once you move into your preferred home, you will be expecting a complete house with painted finish interiors and exteriors, tiled flooring, built-in stairwells, complete bathroom fixtures, kitchen counter top with cabinets, and other worthy deliverables. One more interesting about the construction of houses at the BellaVita Cagayan De Oro is the wall form tile technology applied to the construction of its walls. In this manner, the light metal frame is filled with masonry while clamped, the form-tiles are then screwed tightly to the structure forming the strongest wall (but lighter) ever built on a low-cost housing project.

Perfect location for the busy family

The BellaVita Cagayan De Oro is home to some of the Philippines’ top-notch schools where your children can have their education while living nearby. Among those schools are the Capitol University, Liceo De Cagayan University, Lourdes College Cagayan De Oro, Xavier University, Ateneo De Cagayan, and the St. Mary’s Academy of Carmen, among others. Some government hospitals in the city include the JRB Memorial Medical Center, Puerto Community Hospital, and the Northern Mindanao Medical Center, while private hospitals with first-class facilities include the CDO Medical Center, Capitol University Medical City, Polymedic General Hospital, Polymedic Medical Plaza, Madonna and Child Hospital, and Maria Reyna- Xavier University Hospital.

There are various hotels in CDO, among them is the international hotel chain Tune Hotels located in downtown C.M. Recto Avenue. While most people in CDO work at the airport, seaports, medical and academic institutions, the tourism industry, government offices, and other enterprises.

Payable via In-House Financing and thru Pag-Ibig

The BellaVita Cagayan De Oro offers the lowest reservation fee in the history of Philippine real estate industry (reservation fee is deductible from the total contract price, known as TCP). With just more than a couple of a thousand pesos (specifically, P3,500 only), you can make a reservation while you save for a down payment (DP). The DP is usually 10 to 20% of the TCP and still payable within 18 months (without interest) after you paid for reservation fee. The remaining balance could be paid via In-house Financing or through Pag-Ibig (HDMF Housing Loan). To know more about on how to make a reservation and how to pay via In-house Financing or thru Pag-Ibig, you can contact our licensed real estate broker on this website for a chat.

Owning a slice of the BellaVita Cagayan De Oro does not end in owning a beautiful and lovely house which the family can make as their perpetual enclave. This distinct paradise in the outskirts of Cagayan De Oro City is virtually a wonderland of shelter in the making. The community has its own clubhouse with basketball court, function halls, pocket gardens, wide open spaces, lush greens, playground, landscaped gardens, common parking areas, gated entrance and exit with guardhouse and 24/7 security, walking paths, E-Jeepneys as shuttle service, perimeter fence, and a whole lot more of basic community features. 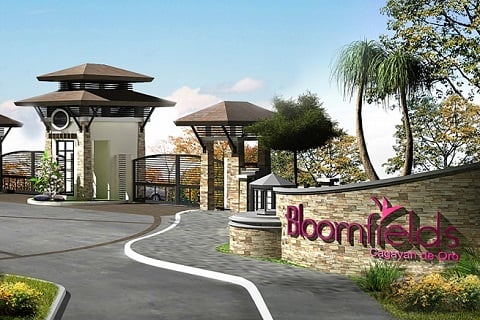